The Charlie Hebdo tragedy in January 2015 reignited the familiar public and legal debate about the appropriate policy towards what is legally called ‘offensive expression’. This debate is not new. It followed similar tragedies like the Salman Rushdie affair in 1988, concerning the publication of The Satanic Verses – a controversial book on the Quran, and the Danish cartoons affair in 2005, concerning the publication of cartoons that depicted the prophet Muhammad in the Danish newspaper Jyllands-Posten.

The debate usually centers on the value of freedom of expression. The vast majority of journalists and academic writers on the issue argue that freedom of expression should not be restricted because of its content (Stone 1978). It should be widely protected and should not be limited in cases of offensive expressions, even when they allegedly offend the religious feelings of others (Dworkin 1978, 250; Sunstein 1993, 155-8, 184-6; Dworkin 2005; Ginsberg 2015). This is also the prevalent doctrine in American constitutional law, according to which the government is forbidden from confining speech in the name of the dominant moral values and norms of a single community (Post 1990, 603–86, 627–33).

Some writers claim that offensive expression should be restricted only in rare occasions. They provide different criteria for assessing the degree of offensiveness that an expression may cause, which may justify its limitation. The most common criteria found in the academic literature concern the intensity of the offense, which is measured by its content and context. Expressions typically more likely to be considered as causing intense offences, which may justify limitation or even censorship, are those that are provocative, demeaning, intended to offend religious people, include pejorative language (Sturges 2006), provoke emotional distress, target a captive audience, do not promote a positive aim, such as exposing the truth (Juss 2015, 37, 39-40), and are likely to encourage violence, disrupt the public order (Chafee 1941, 149; Feinberg 1988, 30; Jones 1990, 415–37, 435; Cohen-Almagor 2006, 77, 114–15), and undermine social good (Waldron 2012, 82-87).

At first glance, it seems that the debate about the Charlie Hebdo tragedy follows the same lines and that there are no differences between the arguments raised in the debate that followed the Charlie Hebdo tragedy and the debates that followed previous affairs like the Danish cartoons or the Rushdie affairs. Most of the writers argue that we should always protect freedom of expression, even at the expense of offending others. Some think that some offensive expressions should be regulated and restricted when they are extremely offensive.

However, there is an important difference between the lines of argument advocating the limitation of extreme offences before and after the Charlie Hebdo tragedy. The arguments that followed the Charlie Hebdo tragedy consider an important factor that has rarely been considered before: the identity of the offended religious group and its relative social status in general society. Some writers believe that the murders of the Charlie Hebdo employees were not the result of the offending caricatures that were published by the newspaper, but rather that they were violent protests against the exclusion and discrimination the Muslim minority suffers in France and in other western democracies, as well as the general bad shape of Islam all over the world (Benhabib 2015; Juss 2015). Others argue that demeaning expressions that are directed towards vulnerable minorities, rather than towards privileged members of society, are unique in that they tend to cause intensive offences. Such expressions therefore merit regulation of some kind (Juss 2015, 36-38, 41; Howard-Hassmann 2015, 471).

Before I introduce the regulative principle I have in mind, I would like to stress two important points. First, I do not think that there is a regulative principle that can totally eliminate or prevent brutal attacks and murders like the ones that occurred in the Charlie Hebdo tragedy. Second, nowadays, it is hardly trivial to censor or even effectively regulate expressions. The Internet, which allows free publication of almost anything, has very often defeated attempts of censorship and other forms of regulations. These days, even very strong and powerful individuals find it hard to suppress information and expressions (Cohen, 15-16). The regulative principle I am about to suggest has a symbolic or expressive value that will be shortly explained.

In papers I wrote in 2010 and 2012, following the Danish cartoons affair and other affairs that involve claims against offensive expressions (Pinto 2010; Pinto 2012), I argue that, from a normative perspective, most claims against offensive expressions should not be viewed as pertaining to the emotional distress that the expressions may or may not cause to some individuals, but rather as claims about the offence to values that certain people cherish and constitute part of their cultural identity. Emotions are often mediated by values we hold dear. When those values are desecrated by others, we are likely to feel emotional distress of some kind. When the offended values are central to the culture with which we identify, the offense should be considered as an offense to our cultural identity [See Clarke on how to think about the relation of offence to sacred values]. 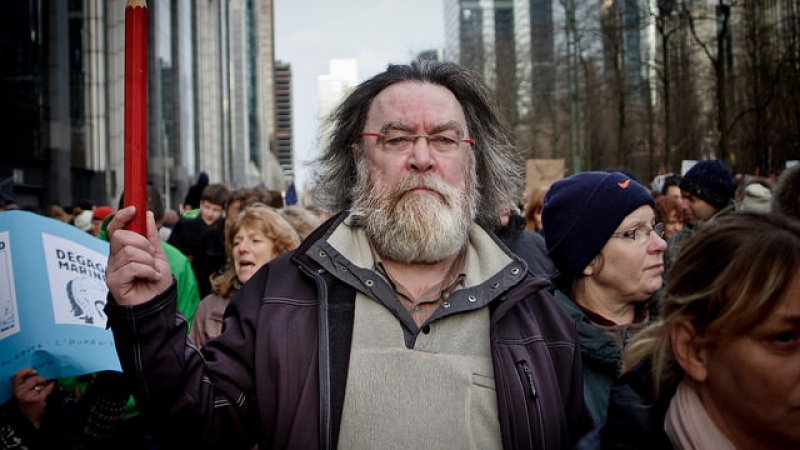 It is important to stress that minority members’ self-esteem is not necessarily diminished as a result of offensive expressions that challenge the integrity of their cultural identity. Rather, such findings may only be an indication of the fact that their cultural identity is vulnerable or less equal in terms of representation in the public sphere and the way it is perceived in larger society. Some minority cultural identities are often excluded from the public sphere or perceived mostly in negative terms. Their members are therefore excluded or incompletely included in the general democratic citizenship of society. The extent to which one’s cultural identity is vulnerable is measured, according to my suggestion, by the objective criteria of one’s citizenship in, belonging to, and inclusion in larger society, rather than the subjective criterion of the degree of psychological harm to her identity or self-esteem.

I therefore suggest the vulnerable cultural identity principle, according to which the more vulnerable the social and civic status of one’s cultural identity is, the stronger her claim is from integrity of cultural identity. There are several factors relating to the citizenship status of the cultural identity at hand that may help us evaluate the level of its vulnerability. These factors are not meant to be exhaustive. The level of integration of the relevant minority group in the political and economic life of the majority is an important factor. The more representation minority members have in political and economic life, the less their norms and practices are marginalized. The socio-economic status of minority groups is another important consideration. This status includes factors such as levels of employment and poverty. Educational status should also be examined. We should ask, for example, whether members of the minority do worse in elementary and secondary schools than members of the majority and what their relative representation is among students and faculty in universities. Finally, we should ask whether the minority members are represented in the popular media, and whether they are portrayed positively, or negatively and stereotypically.

If we observe the cultural identity of Muslims in France and generally in Europe, there is no doubt that it is vulnerable in comparison to the cultural identity of the Christian or secular majority in France. Since 2010, religious symbols that represent Muslim cultural identity like burkas and niqabs, are explicitly excluded by law from the public sphere in France (Juss 2015). Muslims are frequently discriminated in housing and employment. Their achievements in lower and higher education are relatively low. 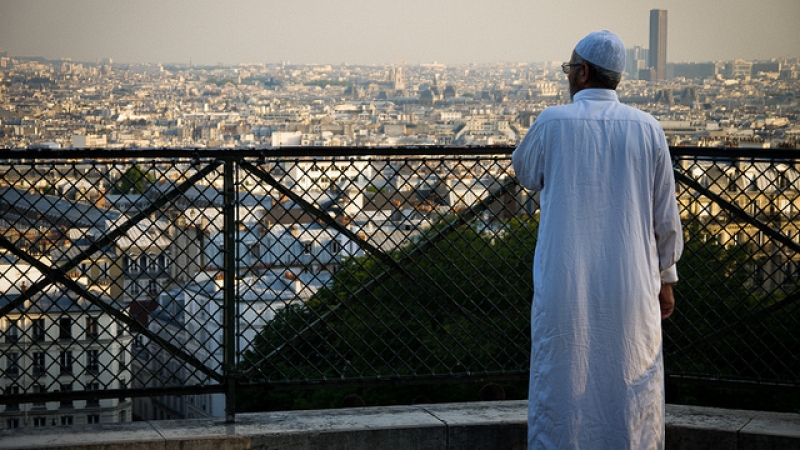 Muslim cultural identity is usually underrepresented in the media, and if it is represented, it is often portrayed negatively and stereotypically. The fact that the Muslim minority is especially ridiculed in the media is evident by the fact that Charlie Hebdo has always targeted the relatively powerless Muslim minority (Howard-Hassmann 2015, 475) and has never attacked relatively strong minorities such as Jews (Juss 2015, 42). Generally, it seems that there is more outrage against anti-Jewish expressions than against anti-Muslim expressions (Howard-Hassmann 2015, 476). The vulnerability of Muslim cultural identity in France has also become evident judging from the recent declaration by Nadine Morano, a right-wing politician and former minister, that France is a country of  “white race” with “Jewish-Christian” origins (The guardian, October 1st, 2015).

Still, the fact that Muslim cultural identity is vulnerable in France does not necessarily mean that any offensive expression that ridicules Muslims or Islam should be limited or censored. This is not always the right normative solution. As I have already indicated, these days, such a solution is usually also not practical. However, I do think that the factor of vulnerable cultural identities should be taken into account in other planes. Newspaper editors, for instance, will be wise to think about implementing an official policy that acknowledges the vulnerability of minority groups, and encourages their employees to avoid or to moderate offensive expressions that target such groups. Courts will be wise to condemn such expressions and to limit them in extreme circumstances.

Such regulations and public condemnations will probably not prevent the exposer of offensive expressions to the general public. But, they will send an important message to society, according to which there is an important difference between expressions that offend vulnerable minorities and those that offend strong majorities.

[3] Nick Cohen 2012 You Can’t Read This Book: Censorship in an Age of Freedom. Fourth Estate: HarperCollins.

[4] Raphael Cohen-Almagor 2006 The Scope of Tolerance: Studies on the Cost of Free Expression and the Freedom of the Press. London: Routledge.

[7] Jodie Ginsberg 2015 The Right to Free Speech Means Nothing without the Right to Offend The Guardian London, 16 February 2015)http://www.theguardian.com/commentisfree/2015/feb/16/free-speechmeans-nothing-without-right-to-offend-paris-copenhagen.

[12] Meital Pinto 2010 What Are Offences to Feelings Really About? A New Regulative Principle for the Multicultural Era. Oxford Journal of Legal Studies 30(4), pp. 695–723.

[16] Geoffrey R. Stone 1978 Restrictions of Speech Because of Its Content: The Peculiar Case of Subject-Matter Restrictions. The University of Chicago Law Review 46(1), pp. 81-115.

Meital Pinto
Meital Pinto is a senior lecturer at the Carmel Academic Center School of Law in Haifa, Israel. She teaches in the fields of Jurisprudence, Constitutional Law, Legal Ethics, and Administrative Law. In her S.J.D. dissertation Meital studied three legal claims on behalf of cultural minorities in Multicultural societies: claims about freedom of religion, language rights, and offences to religious feelings. She conceptualized each of them as a claim for equality and social justice between minority and majority members. Meital’s research continues to focus on minority rights within multicultural societies, including rights of minorities within minorities. Meital has an S.J.D. (2009) and an LL.M. (2005) from University of Toronto. Prior to her graduate studies Meital served as a law clerk to Justice Asher Grunis of the Israeli Supreme Court.
Recent Posts