Between January and April 2015, an outbreak of the highly contagious measles virus at an amusement park in California spread worryingly to 24 states and the District of Columbia, leading to 188 infections and the first recorded national fatality since 2003. Journalists, scientists, politicians and others, weighed in on the latest public health debate to partly emerge from the parental decision not to vaccinate children. Some commentators called for all non-medical exemptions to be struck down, for unvaccinated children to be banned from public schools, as well as for parental rights to be respected but restricted through the denial of certain public goods. A few months after the public debate over the balance of parental rights and public safety had abated, the State of California passed a law ending all non-medical exemptions for vaccine enrolment, essentially requiring, as of July 1 2015, all Californian residents seeking to have their children attend any state-recognized public schools and day care centers, to abide by the state’s vaccination schedule. Predictably, this law was widely criticized by those favouring the freedom of parents to exercise their sovereign rights without state coercion or intimidation, for setting a bad precedent for individual liberty in the United States.

In an attempt to further the discussion beyond the facile dichotomies that have now erected stiff mental barriers to potentially productive bi-partisan dialogue on vaccines, The Critique has sought some of the most thoughtful philosophical perspectives on the moral, legal and political problems facing the American citizenry in their long quest to find a reasonable compromise on the issue of childhood immunization. The essays collected in this exclusive feature certainly do not exhaust the list of possible theoretical proposals for this complicated problem. Nor do they provide a definitive solution to the repetitive political impasse that has now become a perplexing psychological feature of the history of the American vaccine debate. They do however engage with the dominant liberal and libertarian approaches to the American anti-vaccination stance in ways that conservative thinkers might find surprisingly circumspect. My sincere hope for this publication is that, no matter where our faithful readers find themselves in the political spectrum, the diversity of perspectives on display in this September 2015 issue will, at the very least, supply many unexpected and thought-provoking insights and, at the very best, invigorate the good will of the American people to band together—despite their irreconcilable differences— to find workable solutions that will, in the long-term, contribute to the flourishing of society.

Lee McIntyre inaugurates this ambitious project with an exploration of the ethics and psychology of believing that vaccines are unsafe for children. His assessment of this denial of the medical consensus on vaccines, namely that despite thoroughly understood and treatable minor symptoms, vaccines are not the cause of autism but are in fact an effective protection against many historically lethal illnesses, is that it is a manifestation of what he calls “willful ignorance”. He defines willful ignorance as “the refusal to learn things that might clash with what we already believe”; an attitude that, if not redressed, might lead to full-fledged disrespect for the established standards of truth-seeking. In a follow-up interview, i ask him to elaborate on some of the ideas contained in his new book, Respecting Truth (June, 2015), about the nature of knowledge and truth, the role of science and philosophy in combatting willful ignorance, as well the limitations of science and of our own minds.

If vaccine denial is understood as a form of “willful ignorance” that can be deleterious to public safety, should the state intervene to ensure that no harm is caused to the vaccinated class by the decision of private citizens not to vaccinate their kids? As i mentioned earlier, the California state legislature has moved to ban all philosophical/religious exemptions for vaccine enrolment programs by passing bill SB 277. Mark Navin suggests that, although it is too early to make conclusive judgments about the overall merits of the bill, it is not entirely clear this was the right policy decision. In his two-step analysis of the California case, he first questions what it would mean for SB 277 to be a success, then surveys the moral arguments that have been presented in support of SB 277 and other laws like it. Engaging with the liberal tradition, Jessica Flanigan argues with perspicuity that where “the risks of contagious transmission are high and the injury is severe, compulsory vaccination can be justified”. Agreeing with Flanigan that risk assessments should factor into deliberations about the propriety of coercive state intervention, James Taylor proposes that, in cases where there is a seriously well-established risk of contaminating a person with an unwanted virus, parents who choose not to vaccinate their children and are left to do so without murmur, should be prepared to take money out of their insurance programs to ensure that financial compensation can be paid out to any person infected as a result of their personal choices. If the parents of unvaccinated children are not prepared to make this kind of arrangement with their insurance company, then they should not cry foul when they are forced by a government authority to vaccinate their children.

Denialism about vaccines is an example of willful ignorance, whereby ideological partisans become so attached to their personal beliefs that they cling to them even in the face of easily available refuting evidence. This preference for ideology over science can lead to a form of “disrespecting truth,” in which deniers cut themselves off from reliable information sources and stop forming their beliefs on a rational basis. The consequences of this – which can also be seen in denialism over climate change – can have devastating consequences both for the individual and for the greater public.

Bonus Feature: [Why People Believe Falsities About Vaccines: An Interview with Lee McIntyre on Respecting Truth] 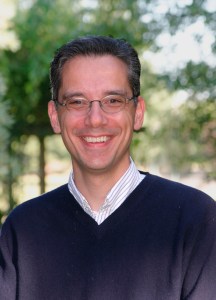 Lee McIntyre is a Research Fellow at the Center for Philosophy and History of Science at Boston University and Instructor in Ethics at Harvard Extension School. He is the author of three books: Respecting Truth: Willful Ignorance in the Internet Age (Routledge, 2015); Dark Ages: The Case for a Science of Human Behavior (MIT Press, 2006) (which won the Silver Award for Philosophy in ForeWord Magazine’s Book of the Year Awards for 2006); and Laws and Explanation in the Social Sciences: Defending a Science of Human Behavior (Westview Press, 1996). He previously taught philosophy at Colgate University (where he won the Fraternity and Sorority Faculty Award for Excellence in Teaching Philosophy), Boston University, Tufts Experimental College, Simmons College, and Harvard Extension School (where he received the Dean’s Letter of Commendation for Distinguished Teaching). Formerly Executive Director of the Institute for Quantitative Social Science at Harvard University, he has also served as a policy advisor to the Executive Dean of the Faculty of Arts and Sciences at Harvard and as Associate Editor in the Research Department of the Federal Reserve Bank of Boston (where he won the President’s Award for Outstanding Achievement). He is the co-editor of four anthologies: Readings in the Philosophy of Social Science (MIT Press, 1994); Philosophy of Chemistry: Synthesis of a New Discipline (Boston Studies in the Philosophy of Science, Vol. 242) (Springer, 2006); Philosophy of Chemistry: Growth of a New Discipline (Boston Studies in the Philosophy and History of Science, Vol. 306) (Springer 2012).; and The Routledge Companion to Philosophy of Social Science (Routledge, forthcoming 2016). He currently serves as Deputy Editor of the journal Foundations of Chemistry.

California recently decided that it would no longer exempt children from school and daycare vaccination requirements on the basis of their parents’ religious or personal objections. Senate Bill 277 is likely to do some good: it will almost certainly decrease California’s vaccination exemption rates and it’s very likely to increase its vaccination rates. But I doubt whether these benefits are worth the costs, and I suspect that alternative reforms would have promoted public health without reducing children’s educational opportunities or alienating vaccine hesitant parents from public institutions. Furthermore, I am skeptical of the kinds of arguments that advocates of SB 277 have often advanced. I agree that considerations of paternalism, harm prevention, and fairness may count in favor of eliminating exemptions, but I think arguments that invoke these considerations to justify eliminating exemptions must be attentive to a wider array of factual and moral considerations than advocates of these arguments sometimes suppose. 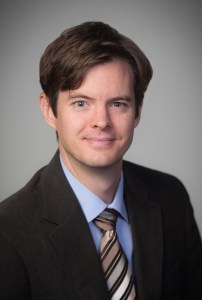 Mark Navin is an Associate Professor of Philosophy at Oakland University (Rochester, MI). He received his PhD in Philosophy from the University of Pennsylvania. His first book, Values and Vaccine Refusal, will be published by Routledge later this year. In addition to his work on vaccine refusal, he has published on topics including human rights, inequality, conscientious objection, international development assistance, social segregation, and food justice.

Article #3: “Whose Autonomy? Risk & The Politics of Vaccination” by Jessica Flanigan (The University of Richmond) 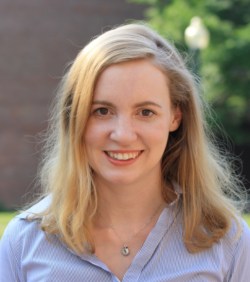 Jessica Flanigan is an assistant professor of Leadership Studies and Philosophy, Politics, Economics, and Law at the University of Richmond. She writes about the ethics of public health policy, bioethics, and business ethics. Her work has appeared in journals such as Public Health Ethics, Ethical Theory and Moral Practice, Political Theory, and the Journal of Medical Ethics.

The debate over whether or not parents should be required to vaccinate their children against measles is often framed in terms of a conflict between respect for parental autonomy and a concern for public health. I argue that this way of framing the debate is misleading, for respect for personal autonomy does not extend to allowing persons to impose uncompensated costs on others—and a parent’s refusal to vaccinate her children could impose costs on others through increasing their risk of catching measles. Since this is so parents should not be allowed to refuse to vaccinate their children against measles—unless they are willing and able to secure insurance that will cover the costs of any harms to others that might occur as a result of this refusal. 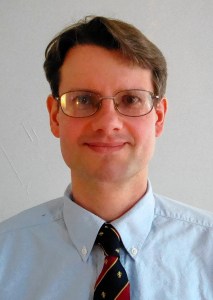 James Stacey Taylor is an Associate Professor of Philosophy at The College of New Jersey. Branded a heretic by the London Times for his arguments in favor of legalizing markets in human organs in his book Stakes and Kidneys: Why markets in human organs are morally imperative (Ashgate, 2005) he is also the author of Practical Autonomy and Bioethics (Routledge, 2009), and Death, Posthumous Harm, and Bioethics (Routledge, 2012). He is the editor of Personal Autonomy: New essays (Cambridge University Press, 2005) and Death: Metaphysics and Ethics (Oxford University Press, 2013). In addition to his academic writing he has authored numerous Op-Eds on bioethical issues which have appeared in publications including the Los Angeles Times, the New York Daily News, and USA Today. He is an occasional contributor to National Public Radio and has been quoted in The New York Times. He currently lives with his wife and daughter on a (very) small farm that they’ll be turning back into a dairy as soon as they acquire the necessary cows. In the meantime, he is forced to rise at insanely early times each morning to tend to the various needs of chickens, lazy hunting dogs, pointless cats, and bees.

To stay informed about the varied ways in which The Critique is slowly building a bridge between academic philosophy and the world, you can follow the Critique on Facebook and Twitter. For inquiries, requests or submissions, please contact us through email at: thecritiquephilosophy@gmail.com