The Philosophical Legacy of Alan Turing

Cambridge University: Celebrating The Life Of A Genius

“Did you know that the man who secretly invented the computer was gay? Or that during World War II, he was recruited by MI6 to break Nazi codes? Which he did by building this revolutionary machine, thus winning the war for the Allies? Only, it was all classified afterward? And then, when the government found out he was gay, he was arrested, persecuted by the country he’d just saved from Nazi rule, until he finally committed suicide? No, I didn’t know any of that. But once I heard the story, I wanted to learn more. I needed to learn everything I could about him.” – Graham Moore, Los Angeles Times, 2014.

Like many people who hear the broad outlines of Alan Turing’s life for the first time, Graham Moore, the screenwriter for the new Weinstein film “The Imitation Game”, was curious to find out more about the man whose story was, until now, the tragic material of documentaries, plays and fiction books, told at science camps, or in the halls of universities. After learning considerably more about Turing’s life and work, notably through the biographical project of the Oxford Mathematician Andrew Hodges, he was fortunate to team up with film producer, Teddy Schwarzman, and movie director Morten Tyldum, to enlist the services of talented players such as Benedict Cumberbatch (lead role) and Keira Knightley (supporting actress), for the production of a movie that would have as its objective, not only to do justice to the life of Alan Turing, but be an inspiration to unconventional people like himself.

In spite of certain grievous historical flaws in the narrative, as well as a highly controversial depiction of Turing’s character, The Imitation Game has generally received positive reviews from movie critics; many of them praising Cumberbatch for an engaging performance and casting the movie as a clear contender for several awards at the 87th Academy Awards Ceremony in February of 2015. This prediction is not altogether surprising given the movie’s early reception: The production received the 2014 People’s Choice award at the Toronto Film Festival, as well as multiple nominations for the 2015 Golden Globe awards. The interest and appreciation shown by many film experts is also shared by some members of the British public who have lifted the film to £13,311,646 in revenue in its sixth weekend. The success of the movie has also resulted in more frequent tourist visits to Bletchley Park. This small but positive news for British culture will hopefully be somewhat of a consolation for those who are disappointed with the film maker’s contentious take on Alan Turing’s life.

At a time when more people than ever are getting to know about Alan Turing through “The Imitation Game”, it seems fitting to contribute to this growing public interest in his scientific and political legacy, by exploring his ground-breaking ideas, and the tumultuous happenings of his life, through the unique lens of academic philosophy. Although Turing never described himself as a philosopher, his three major contributions to the history of ideas: The Turing Test, The Turing Machine and The Church-Turing Thesis, have been of great interest to scholars working in the philosophy of mind and computing. His 1950 paper, “Computing Machinery and Intelligence”, which was published in the prestigious philosophical journal Mind, was especially successful in capturing the fascination of analytic philosophers.

Below are ten articles that examine both the work and life of Alan Turing. Part 1 focuses on the philosophical significance of his contributions to the study of the mind and computers, whereas Part 2 offers a commentary on the moral and political ramifications of the charge of “indecency” which he suffered in the latter parts of his life. The issue aptly ends with a movie review assessing the extent of the picture’s emphasis on Turing’s intellectual achievements, and its artistic draw for philosophically sensitive movie goers. 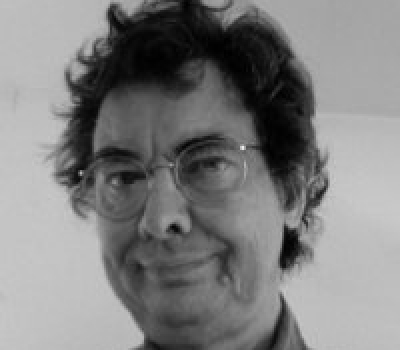 Dr. Drew McDermott has done work in several areas of artificial intelligence. One of his perennial interests is in planning algorithms, which calculate structures of actions for autonomous agents of various sorts. He did seminal work in the area of “hierarchical planning” in the 1970s. In the last decade, his focus has switched to regression-based techniques for classical planning, especially methods that heuristically search through situation space. He was instrumental in starting the biannual series of AI Planning Systems (AIPS) conferences. In 1998, he ran the first ever Planning Competition in conjunction with AIPS; it has now become a standard part of the ICAPS conference, the merger of AIPS and the European Conference on Planning (ECP).

Another enduring interest of Prof. McDermott’s is in the area of knowledge representation (KR), which is the attempt to formalize what people know in a form usable by a computer. He wrote some influential papers on nonmonotonic logic and representation of temporal knowledge. However, in the mid-1980s he became convinced that the KR project, in its more ambitious formulations, was ill-defined. He published a paper titled “A Critique of Pure Reason” making this case. However, Prof. McDermott is now thinking about KR issues again, this time in conjunction with the problem of “metadata” on the world-wide web, which will tell automated agents what the content and capability of a web resource is. Hopefully solving this problem will not require tackling the original KR problem, which he still believes to be hopeless. Professor McDermott ‘s published work includes “Mind and Mechanism” (MIT Press, 2001).

Dr. David Cole is Associate Professor Emeritus at the University of Minnesota Duluth. His scholarly interests are the philosophy of language, the theory of knowledge, computer science and logic. He is the co-editor of Philosophy, Mind, and Cognitive Inquiry: Resources for Understanding Mental Processes (Springer, 1990). You can find more information about his work by visiting his personal website: http://www.d.umn.edu/~dcole/

Dr. Steven Horst is Chair of Philosophy at Wesleyan University, where he has taught since 1990. As he explains: “My research began in philosophy of mind and cognitive science, and has branched out into metaphysics and the interface between philosophy of mind and philosophy of science, particularly the implications for philosophy of mind of the assumptions we make about the nature of laws and explanation. I am currently finishing off projects critiquing reductive naturalism and examining the nature of laws in psychology and the natural sciences. The new projects involve articulating a view called “Cognitive Pluralism” and working on an account of concepts that does justice to work on concepts in several scientific disciplines: notably, developmental psychology, cognitive ethology and neural modeling”. His work includes “Symbols Computation and Intentionality: A Critique of the Computational Theory of Mind” (University of California Press, 1996). 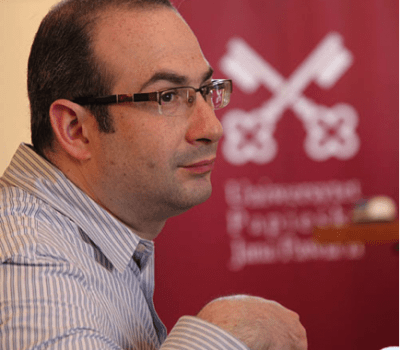 Dr. Darren Abramson is Associate Professor of Philosophy at Dalhousie University. He has published several articles on the philosophy of mind and the history of computer science, including “Turing’s Responses to Two Objections” (Minds and Machines, 2008) and “Descartes’ Influence on Turing” (Studies in the History and Philosophy of Science, 2011).

Article #6: “The Turing Triage Test: When is a Robot Worthy of Moral Respect?” by Professor Robert Sparrow (Monash University) 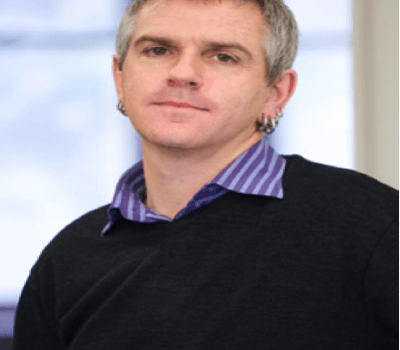 Dr. Sparrow is Associate Professor of Philosophy at Monash University. “At the highest level of description my research interests are political philosophy and applied ethics; I am interested in philosophical arguments with real-world implications. More specifically, I am working in or have worked in: political philosophy, bioethics, environmental ethics, media ethics; just war theory; and the ethics of science and technology”. His publications include several scholarly articles such as Making better babies: Pros and cons (Monash Bioethics Review 31 (1): 36-59 2014) and Better than men? Sex and the therapy/enhancement distinction (Kennedy Institute of Ethics Journal 20 (2): 115-144 2014). 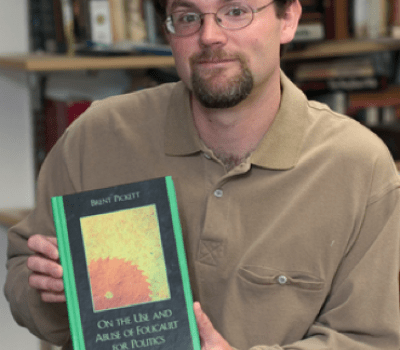 Dr. Brent Pickett is Professor of Political Science at the University of Wyoming. His research interests include postmodernism and civic republicanism. His most recent publications have focused upon how the state regulates the body, such as with sexuality and tobacco use. His publications include “On the Use and Abuse of Foucault for Politics” (Lexington Books, 2005), as well as an entry in the Stanford Encyclopaedia of Philosophy on the topic of Homosexuality. 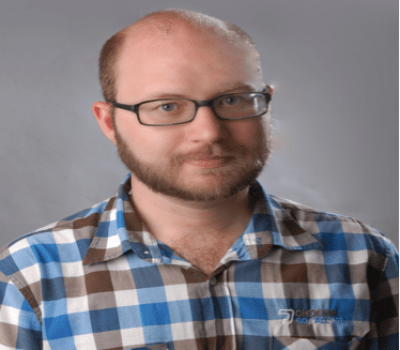 Dr. Thomas Wells lectures in business ethics and the philosophy of social science at the University of Groningen, Netherlands. He is also a founder and editor of the Erasmus Journal for Philosophy and Economics. He blogs at the Philosopher’s Beard. 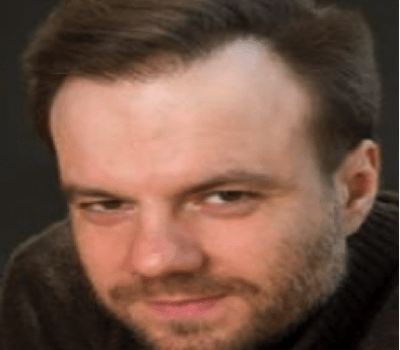 Dr. Nick Smith is Professor of Philosophy at the University of New Hampshire. His areas of scholarly interests are apologies and forgiveness; philosophy of law, politics, and society, particularly as considered through contemporary continental philosophy; as well as aesthetics. He has published two books: “I Was Wrong: The Meanings of Apologies” (Cambridge University Press, 2008) and “Justice through Apologies: Remorse, Reform, and Punishment” (Cambridge University Press, 2014). You can learn more about Nick Smith’s work here: http://unhmagazine.unh.edu/sp13/nick-smith.html 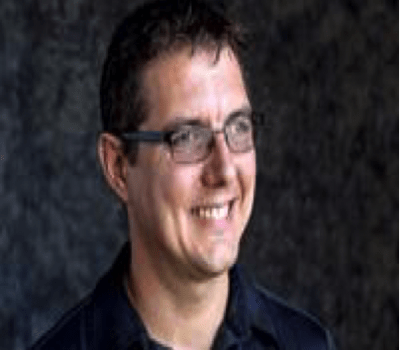 To stay informed about the varied ways in which The Critique is slowly building a bridge between academic philosophy and the world, you can follow the Critique on Facebook and Twitter . For inquiries, requests or submissions, please contact us through email at: thecritiquephilosophy@gmail.com