This article is part of The Critique’s exclusive Black Lives Matter: The Problem of Race and Police Ethics.

Hypocrisy can be an extraordinarily difficult thing to live with, especially when you are its target. It can be especially trying when it is practiced under the banner of fairness and freedom because the outcome of hypocrisy in these circumstances is really to qualify and limit the scope of fairness and freedom to the few who claim to be deserving but who are really little more than lucky to hold the more advantaged places in the social scheme. Recent events in Ferguson, MO following the shooting death of Michael Brown at the hands of an on-duty police officer have brought into severe relief a problem central to American civic life that will certainly continue and increasingly become a fundamental impediment to social justice: if the police aim to serve and protect, but regularly terrorize and endanger black citizens, how should blacks think about the role and rights of democratic citizenship? 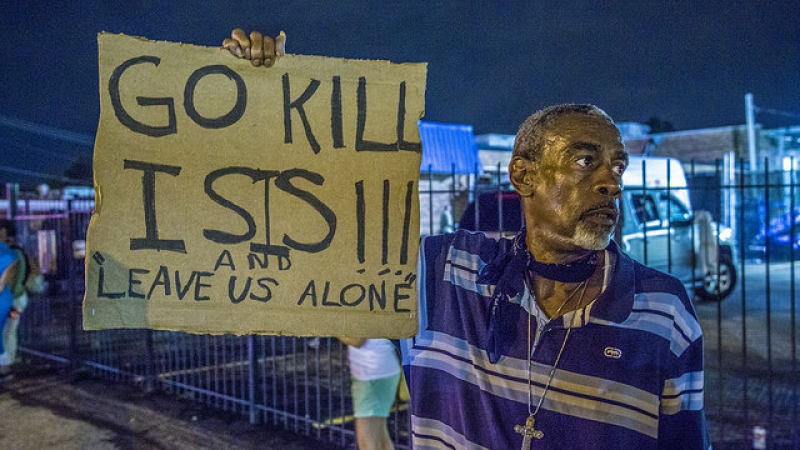 Police brutality is nothing new in America. Maybe I should be more precise here, however – systematic oppression and suppression by the institutions of criminal justice is nothing new in America. No sooner did slavery come to an end in the plantations when it made its way to prisons and correctional facilities in the form of convict leasing.[1] And no sooner was Jim Crow abolished when it made a return in the form of severely disproportionate rates of incarceration and targeting of blacks on the back of what ought to have been radical change ushered in by the Civil Rights Act of 1964.[2] Of course, strictly speaking neither slavery nor Jim Crow was reborn in these institutions, but it would take a person with a decidedly resistant imagination coupled with a hobbled sense of sympathetic reasoning to miss the disturbing parallels that are linked like train tracks by the rungs of American history.

“If the police aim to serve and protect, but regularly terrorize and endanger black citizens, how should blacks think about the role and rights of democratic citizenship?”

Jay Wallace correctly argues, I think, that the moral wrong of hypocrisy is not merely that it shows up an internal inconsistency on the part of the agent (or, for our purposes, institution) holding a given view.[3] Rather, what is offensive is that the inconsistency makes apparent an essential kind of disregard of equality or equal standing: the standard I set and subscribe to applies to you but not to me; I am exempt while you are responsible or culpable. However, no relationship can long withstand such an imbalance in ethical dispositions and expectations. For any relationship to be sustainable it must be based on trust, which means the rules of the game, so to speak, must be both clear and applicable equally to both parties. But blacks have rarely had the reason to view their relationship with American democracy, much less criminal justice, as one of trust. The statistics showing that America locks up more people than the next five nations combined, including Russia – far from the exemplar of human rights upholder – have been trotted out regularly, as have been those that show the staggering racial disproportion in incarceration and death penalty convictions, not to mention lopsided application of drug laws once we take into account the fact that blacks are arrested at far higher rates than whites though drug use between both groups is much less disparate.

However, my point here is not that hypocrisy is a previously unremarked feature of American criminal justice institutions. For example, Frederick Douglass in his now frequently and fashionably cited speech, “What To The Slave Is the 4th of July?” keenly observed that the moment the state convicts a black man for a crime it admits to the very thing it had previously denied – the black man (and woman) is indeed a human being possessed of traits held in common with whites, such as the capacity for rational behavior, thus making them targets of the disapprobation that follows from charges of deviant and blameworthy behavior. To the extent that this is true – and certainly it is – then it is a mark on the character of the nation to enact and abide by the kind of hypocrisy that makes blacks targets of retribution but not beneficiaries of liberal freedom, because under the banner of democracy, these are flip sides of the Enlightenment commitment to a conception of the person as autonomous and inherently morally significant. Without this insight, democracy comes unhinged.

Or at least it threatens to become unhinged just as blacks’ trust of police and criminal justice increasingly becomes unhinged. American blacks, especially those in urban areas, barely need a philosophy course to come to the conclusion Wallace has – they have been the targets of hypocrisy, thus a certain kind of inequality, for most of their lives. Now, it is not very difficult to point out the consistent death and abuse at the hands of the police to which blacks have been subject constitutes a form of terrorism under the guise of democratic governance thus a form hypocrisy: in just the past couple of months Brown is only the highest profile case, which itself came on the back of the death of Eric Garner [Read Kleinig’s article on Chokehold, Eric Garner and Police Ethics] as a result of an improperly used strangle hold, also by the hands of a police officer – this time literally. But when the police aren’t themselves the culprits, the wider institution seems unable to redeem itself. In Florida two cases continued to cement in the blacks’ minds the hypocrisy of the system as George Zimmerman was acquitted in the shooting death of Trayvon Martin by invoking the Stand Your Ground statute, while Marissa Alexander, a black woman was indicted for attempted murder invoking the same statute despite the fact that she hurt, much less killed, no one.

“It is a mark on the character of the nation to enact and abide by the kind of hypocrisy that makes blacks targets of retribution but not beneficiaries of liberal freedom, because under the banner of democracy, these are flip sides of the Enlightenment commitment to a conception of the person as autonomous and inherently morally significant”

All this indicates maybe the most fundamental hypocrisy and that has to do with the right to be safe and protect oneself. The sometimes violent nature of black protests is commonly observed with patronizing regret: if these people only knew the harm they were doing to their own community, the onlooker murmurs with a headshake. The protests have sometimes turned violent and destructive in Ferguson entailing the obligatory remark. But this is really a form of hypocrisy as well.

American society has consistently failed to interpret the 2nd Amendment in any other way than as a right to bear arms; political conservatives have continuously promulgated the good of this right in patriotic and libertarian terms; this despite the fact that its greatest proponents have never really been in any kind of clear and present danger – they are neither institutionally terrorized nor suppressed. In the course of history, most starkly in the wake of the Black Power movement and the rise of the Black Panthers, it has consistently been shown that guns for self-protection are really the privilege of white Americans. Despite the threats to black life in the middle of the 20th century, the Black Panthers were demonized for glorifying violence by publicly displaying arms and daring to stand down the police while armed. Blacks in America have never or rarely had genuine fair access to much of anything in our society, much less the right to safety and self-protection, though (a subset) of white Americans make it explicitly known, without repercussion, that it is their right to tote guns anywhere they please from gun shows to Walmart superstores. 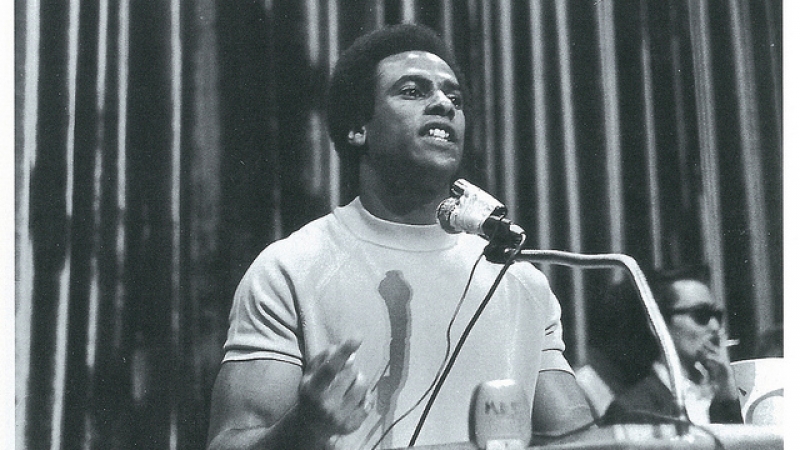 The question we have to ask ourselves is this: what do we do when the day comes that our hypocrisy outstrips blacks’ avenues for political and social response and the case is finally made to blacks that they too, legitimately have the right to protect themselves in all the ways whites have and claim? Will we finally turn to justice or remain the hypocrites we have been no matter the cost?

Christopher Lebron
Christopher Lebron is Assistant Professor of African American Studies and Philosophy. His interests include moral theory, political ethics, race, and method. His book, The Color Of Our Shame: Race and Justice In Our Time was published by Oxford University Press in August 2013 and was awarded First Book Prize by the American Political Science Association Foundations of Political Theory section. His article, “The Agony of a Racial Democracy,” was published in Theory & Event vol 15, no. 3, 2012, a symposium on the shooting of Trayvon Martin. His article “Equality From A Human Point Of View,” is forthcoming in Critical Philosophy of Race. He is currently at work on his second book, From A Human Point of View: (Re)Imagining Racial Egalitarianism and an entry on Paul Gilroy’s The Black Atlantic: Modernity and Double Consciousness for the forthcoming Oxford Handbook of Contemporary Classics In Political Theory.
Recent Posts