Why there should be a moral prohibition against intentionally using the legally protected freedom of speech to provoke grave offence.

On a perfectly ordinary Wednesday morning early in January this year, two armed men burst into the Paris headquarters of the French satirical weekly, Charlie Hebdo. They called for the editor-in-chief, Stéphane Charbonnier, to identify himself. When he did so, they killed him, before proceeding to spend up to ten minutes shooting other members of the staff. By the time they’d finished, eleven people were dead and eleven others wounded. The mass murderers were French citizens of Algerian parentage. They claimed to be members of the Yemeni branch of Al-Qaeda.

Why did they do it? Charlie Hebdo had long been a fiercely anti-religious newspaper. In 2006 it republished the infamous Jyllands-Posten cartoons of Muhammad, one of which featured him with a bomb under his turban. Six years later it published more cartoons of the prophet, some depicting him nude.

While the Quran itself does not prohibit images of Muhammad, some prominent and historic strands of Islam do regard all human images as idolatrous. Consequently some contemporary Muslims, especially members of disaffected militant groups, view the depiction of the prophet, especially when mocking, as blasphemous and deserving of the death penalty. Two days after the mass-shooting, Al-Qaeda in the Arabian Peninsula, claiming responsibility, justified it as “revenge for the honour” of Muhammad.

In reaction to such an outrageous atrocity, it is perfectly understandable that millions of people in Paris, in France, and around the world poured onto the streets to demonstrate their support for Charlie. No one deserves to be slaughtered merely for offending someone else, not even when the offence is intended as an insult.

More deeply, of course, the right to freedom of speech is precious. It allows individuals to testify in public to the truth of things as they see it. It allows them to criticise what’s customary and conventional and established, be they beliefs or practices or institutions. It makes possible the seeds of revision, reform, and progress. It enables individuals and societies and polities to learn, maybe to change for the better.

And insofar as this right is a legal right, conferred by a given legal system, it supports and defends the individual’s freedom against powerful enemies, whether personal or corporate, by means of the authority of the law and ultimately the coercive sanctions of the state.

Freedom of speech is one thing, however; freedom of expression is arguably another. In one sense, they’re much the same: speech is a form of expression. And the two phrases are often used synonymously. Nevertheless, their connotations are subtly different. ‘Speech’ connotes an articulate statement, a contribution to rational conversation, a social or public phenomenon. The focus of ‘expression’, on the other hand, is on the individual subject, whose inner self is being expressed. Its connotation is more emotional than rational and, if not exactly private, then individualist. It conjures up the image of the Romantic artist, full of his or her own native genius, absolved from the tiresome rules that bind ordinary mortals, and permitted to do and say as she pleases, exercising a transcendent, godlike, even anarchic freedom. 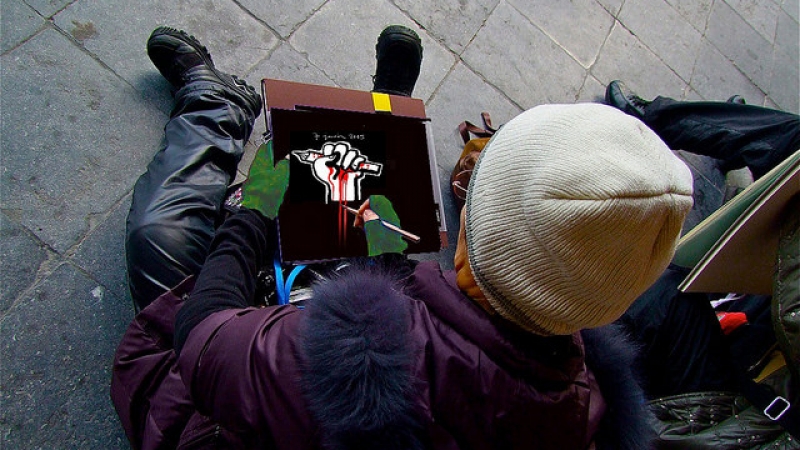 Maybe this distinction is subtle to the point of invisibility, but suppose that it holds. Why would it matter? It matters because ‘speech’ implies a certain responsibility to other people—a responsibility to address, to communicate, to persuade, to be accountable, to give reasons and to receive them, to prove beliefs and even to admit errors. ‘Expression’ implies none of these things. And in Western culture such as we have it today—where belief in the authority of objective truth (outside the natural sciences) is weak, and belief in our common obligation to it is weaker; where individual authenticity and freedom of choice are dominant values; and where the discipline of self-restraint and the pain it involves are more the objects of suspicion than esteem—the tendency will be to dissolve accountable ‘speech’ into unaccountable ‘expression’. Thus the right to freedom of speech comes to be understood as the legal right to say whatever one damn well pleases.

“In Western culture such as we have it today, the tendency will be to dissolve accountable ‘speech’ into unaccountable ‘expression’. Thus the right to freedom of speech comes to be understood as the legal right to say whatever one damn well pleases”.

Now it might be that the legal right to freedom of speech should still encompass the freedom to self-expression of this kind. It might well be that no law could clearly capture the difference between responsible ‘speech’ and irresponsible ‘expression’, and that courts, therefore, could not be expected to adjudicate between them. It may be that for the sake of responsible freedom we must allow, legally, irresponsible freedom, too.

Nevertheless, the word ‘speech’ is better able to remind us that the securing of a certain freedom by means of a legal right, however important that is, is not the conclusive task. There remains the moral business of exercising that freedom well or badly. The space that lies within the walls of the legal right is not a morality-free zone. What law permits, moral obligation might yet forbid.

This brings us back to Charlie Hebdo. Charlie’s journalists had the legal right to say things that other people, including Muslims, might happen to find offensive. And that is as it should be. We cannot grant ourselves the right not to be offended, since sometimes what offends us is nothing less than the truth; and in that case the problem lies with us, not with the offensive speech.

On the other hand, no one should exercise their legal freedom of speech with the intention of causing offence. Why would anyone want to do that, except out of hatred or vengeance or glee at irritation or the lust for a scrap? No, we should exercise our freedom of speech with the sole intention of giving voice to valuable truths that need to be heard. Even if we have a legal right to spit on other people’s sacred cows just for the sheer fun of it, we have no moral permission.

So in publishing the cartoons of Muhammad, what did Charlie’s editors intend? Did they intend to annoy and provoke and insult Muslims? By its nature satire is unfair and uncharitable. It exaggerates faults, blowing them up out of all proportion into caricature. It doesn’t criticise; it ridicules. It doesn’t invite to a vigorous exchange of views; it humiliates without moderation or mercy. It alienates further.

It may be that some enemies do deserve to be made the victims of merciless laughter. The obvious candidates are the agents of a totalitarian state. But maybe it’s less that they deserve it, than that bitter laughter is the only form of retaliation remaining to dissidents. And maybe satire is fair game, when alienation is already so deep that it couldn’t really be deepened further. Whatever the truth of this matter, satire, it seems to me, should be a weapon of last and rare resort. And that raises moral doubts about newspapers for whom satire is a way of life, and a lust that needs weekly feeding.

So did the journalists and editors at Charlie Hebdo intend to insult Muslims just for the sake of it? Their intentions were probably mixed and several. Among their foremost aims would have been the commercial one to entertain their normal, left-wing, secularist, anti-religious readership—which probably wouldn’t have included many practising Muslims, if any at all.

No doubt, too, it aimed valiantly to assert the right to freedom of speech in defiance of violent intimidation by some Muslims. But it chose to do that, not by speaking the critical truth, nor by discriminating between pacific Muslims and militant ones, nor by inviting Muslims into a rational exchange, nor by seeking to persuade them, but rather by ridiculing what every Muslim holds most sacred. If this doesn’t clearly amount to an intention to offend, it does amount to culpable negligence in avoiding unnecessary offence.

Charlie’s journalists didn’t deserve to die for that; but they still shouldn’t have done it. They knew and flaunted their legal right to offend; they neglected their moral obligation not to.

Nigel Biggar
Nigel Biggar is the Regius Professor of Moral and Pastoral Theology at the University of Oxford, where he also directs the McDonald Centre for Theology, Ethics, and Public Life. He holds a B.A. in Modern History from Oxford University, a master’s degree in Christian Studies from Regent College Vancouver, and an M.A. and Ph.D. in Christian Theology from the University of Chicago, and before assuming his current post he occupied chairs in Theology at the University of Leeds and at Trinity College, Dublin. A former President of the Society for the Study of Christian Ethics (UK), he has sat on the ethics committee of the Royal College of Physicians and on a Royal Society working party on population growth. Among his publications are In Defence of War (OUP, 2013), Behaving in Public: How to Do Christian Ethics (Eerdmans, 2011); Religious Voices in Public Places (OUP, 2009); Aiming to Kill: The Ethics of Suicide and Euthanasia (DLT, 2004); Burying the Past: Making Peace and Doing Justice after Civil Conflict (Georgetown UP, 2003), and Cities of Gods: Faith, Politics, & Pluralism in Judaism, Christianity, and Islam (Greenwood, 1986). His most recent book, Between Kin and Cosmopolis: An Ethic of the Nation, was published by James Clarke/Wipf & Stock in 2014. He has written on the possibility of a truth commission for Northern Ireland for the Irish Times, on the Iraq war for the Financial Times, and on the raison d’être of universities and Scottish independence for Standpoint magazine. His hobbies include reading history, playing cards, and visiting battlefields.
Recent Posts